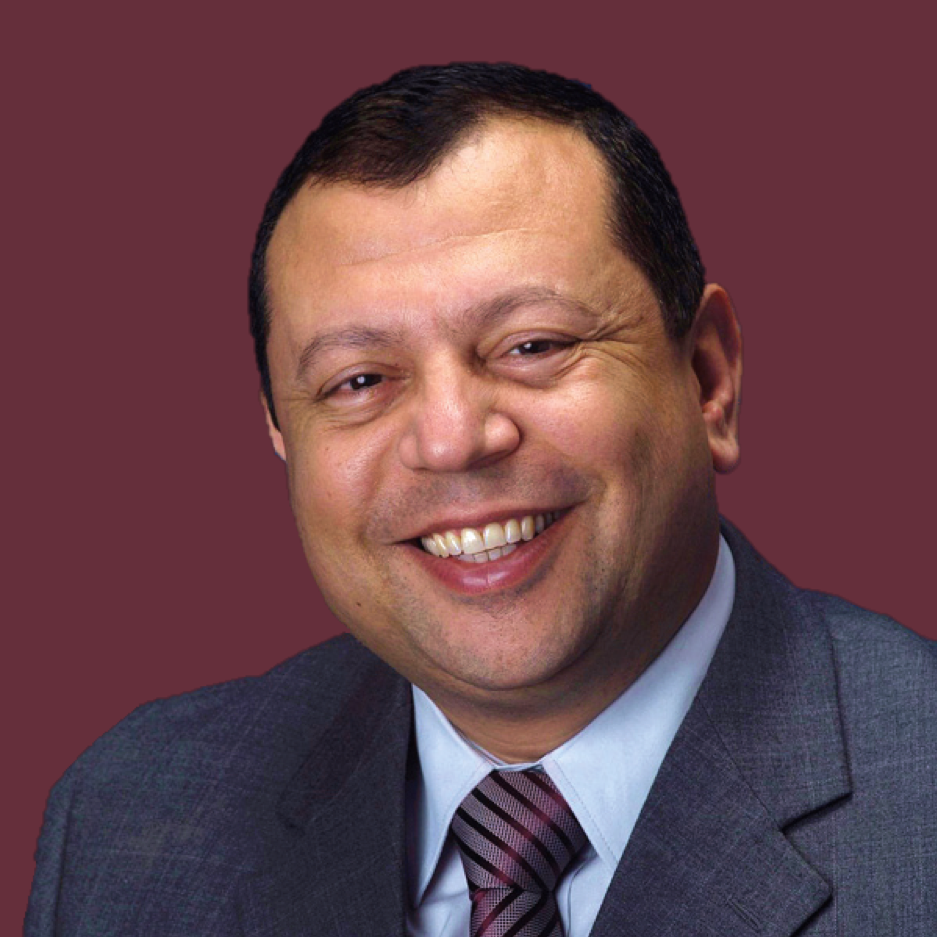 Michel Khalil was born in Egypt in a Christian family. Since he was a child, he witnessed the martyrdom of many Christians for their faith. However, rather than causing Michel to shrink from Christianity, it only gave him a greater determination to share Christ with those who had killed his uncle. 20 years ago, Michel left his homeland, Egypt and immigrated to the U. S. A. where the Lord opened for him many doors to serve his people in the Middle East. He then found a new way to reach the lost by developing, and training leaders all over the world through serving with Haggai Institute for 15 years as the VP of Middle East.

For five years, Michel served with John Maxwell’s not-for-profit ministry, EQUIP Leadership, as the Senior Director of Global Transformation. However; in 2017, he felt led by the Lord to begin his own non-profit ministry, Step Forward Global Ministries, to focus on directly ministering to the suffering and persecuted churches in the Middle East. 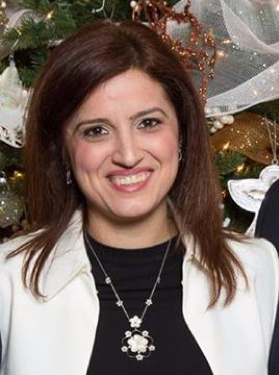 Lebanese by birth, Roula received her Associate Degree in Accounting and Finance in Lebanon in 1999. After finishing her degree, Roula entered the corporate world and worked passionately to achieve her goals of being promoted inside the company from secretarial position to head of workshop and later to being responsible for the accounting department and assisting the Operation Manager with facilitating for day-to-day administrative and operational needs.

From 2008 to 2012 Roula joined the team at Elam Ministries and served as the Database Coordinator. While at Elam she supported Donor Relations, accounting, database management, conference planning and administration.

Roula is the great woman behind her man. She believed in his dream and trusted the vision and mission he received from the Lord. She encouraged her husband to take a huge step of faith and leave the ministry he was involved in to obey the calling and start Step Forward. Roula is now running the Operation and Financial departments.

Roula has been married to her wonderful husband and best friend, Michel Khalil. They live in Duluth, Georgia with their two beautiful girls, Christie and Caitlyn.

In her personal time, Roula loves to travel, read and cook for her family and friends.

Paige Humphreys is from Atlanta, Georgia and has lived most of her life in the North Metro area. Paige received her degree in Visual Communications in 2002, before entering the corporate world of The Coca-Cola Company for 6 years. In 2010, Paige felt the calling to join the non-profit Christian sector and the Lord opened the door for her to join the John C. Maxwell team at EQUIP Leadership. Over the next 8 years, Paige worked in almost every aspect of the leadership development organization from the President’s Office, International Department, Operations, Marketing, Website Development, Project Management and Creative Design. In 2018, it was time for a new season in life and to focus more on her family, while working part-time from home for Step Forward.

Paige is passionate about servant leadership, evangelism, intentional growth, developing and executing strategic plans, and communications. Paige and her husband, Josh, have been married since 2004 and have two children; a daughter, Raegan, and a son, Deacon.

For Paige joining Step Forward is a way to serve the Lord through her gifts and strengths with a family oriented team that is Great Commission focused.

The Step Forward family is thankful for Paige’s friendship, servant leadership and the passion for excellence she always brings to the table. Together we can do more and moving forward! 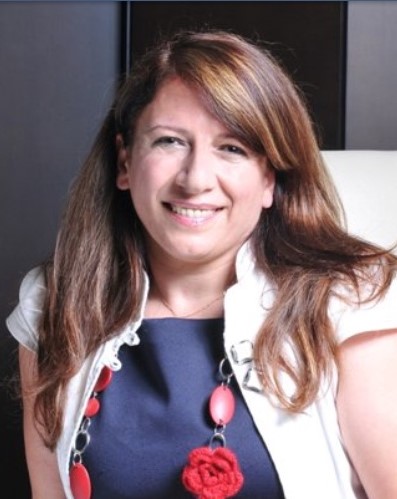 Sawsan “Sue” Haddad lives in Lebanon and has been a key player assisting Michel Khalil with his projects and training in the Middle East region for over 15 years. Sue is married to her husband, Jean Haddad.

Sue has been a part of the team at Lebanon Mountain Trail Association in Beirut, Lebanon since 2014. For the past 17 years she has worked for a private school. There she masterfully communicates with administration and division head to design, organize and assist with administrative tasks. Other responsibilities include overseeing the organization of annual events and graduations. Additionally, she handles the preparation of materials related to exam days for teachers, supports the staff and teacher in general administrative duties. Using her editing strengths, Sue leads the planning, layout, design and publication of the school yearbook.

Sue enjoys serving as the Executive Assistant to the senior pastor Rodrick Daccach of Aindara Baptist Church. She also volunteers as Secretary Member of the LBWU Lebanese Baptist Women’s Union there at Aindara Baptist Church. Throughout all her roles, Sue’s bi-lingual skills in Arabic and English are helpful in translation, editing and communication.

The Step Forward family is grateful to have Sue’s extensive skills, inviting heart and generous support on the team. Together we are better! 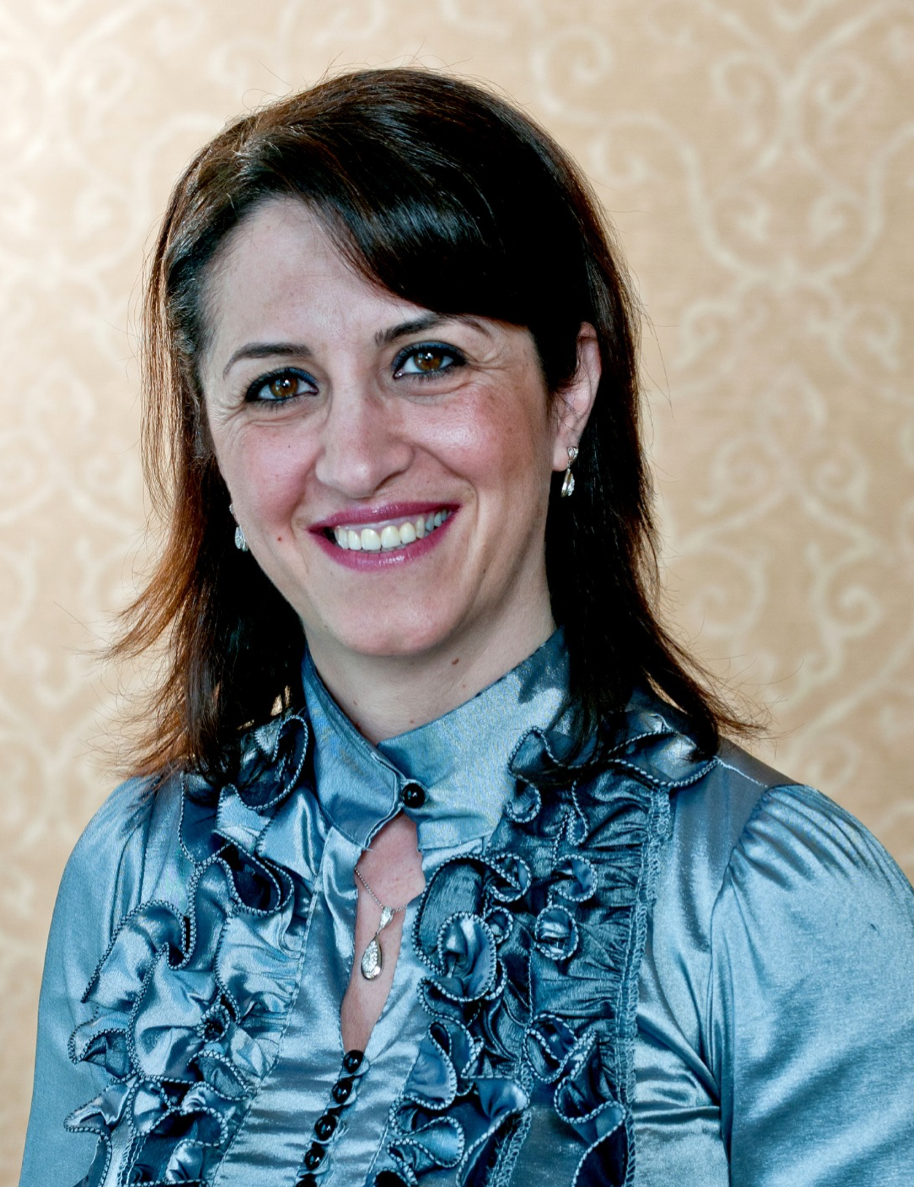 Colette Rizk has been volunteering with Michel Khalil since 2008. In her role with Step Forward, Colette provides critical support on the administration work before the HUB conferences. During the conferences, she handles the day to day support for the participants and monitors the hotel accounts to ensure excellent stewardship.

What Colette enjoys most about being part of the Step Forward ministry, is being among the people who are serving in the frontlines and learning from their experiences. Hearing their amazing testimonies strengthens her faith when she sees God at work through their daily lives and in the ministries that He has called them each to live out.

Serving with Step Forward has not only helped her spiritual life, but also her career. Colette has been working with World Vision International since 1993 as an Administration & Fleet Manager. This involvement has helped her better understand God’s purpose for her life, how privileged we are to work in God’s field, and to know that God uses people like us “His ambassadors” to accomplish His work.

Being a part of Step Forward has challenged Colette to grow in every area including leadership. She shared “I have learned that leadership that doesn’t involve servanthood is not spiritual leadership. As once we stop serving, we stop walking in Christ’s footsteps of leadership. I support Step Forward Global Ministries because we are called to serve the Lord with the gifts that the Lord has entrusted to us. It is our role to fulfill God’s work on Earth by spreading the Gospel to all nations. As for me, and as part of my current position, it is to manage events on local and international levels. This role has given me wide experience in this field where I enjoy contributing my abilities to supporting the President and the completion of Step Forward’s ministry.

The Step Forward family celebrates Colette’s talents, leadership and extensive experience. We are thankful for the time and faith you have gifted us with!

Interested in joining the Step Forward family of volunteers? Please reach out to our team via email at info@step4ward.org for opportunities to serve The Lord together!